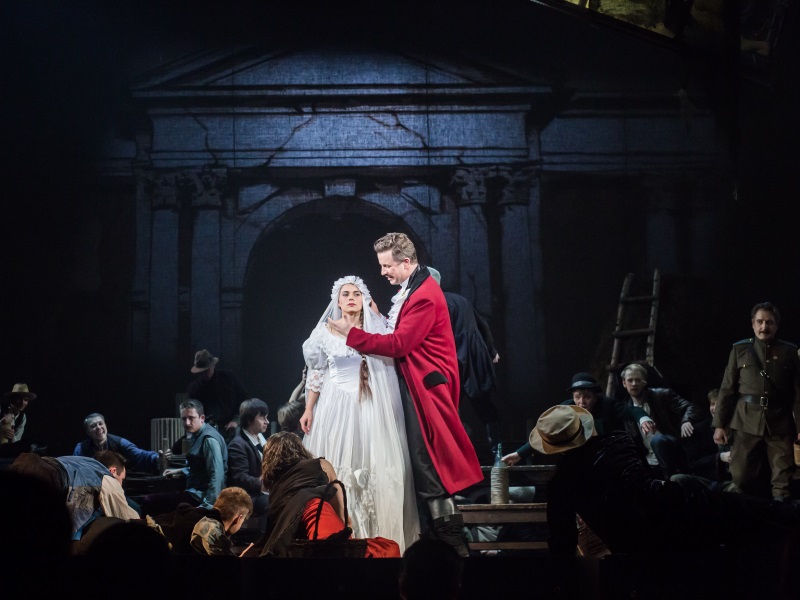 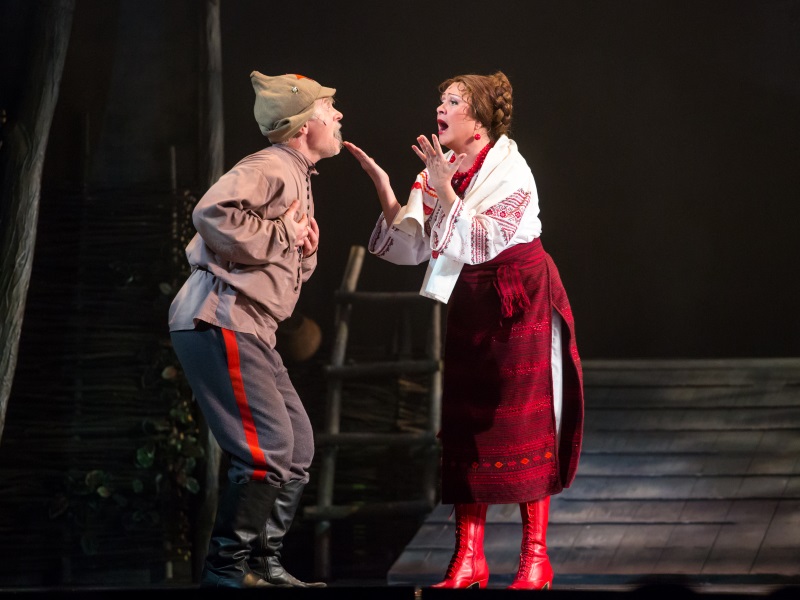 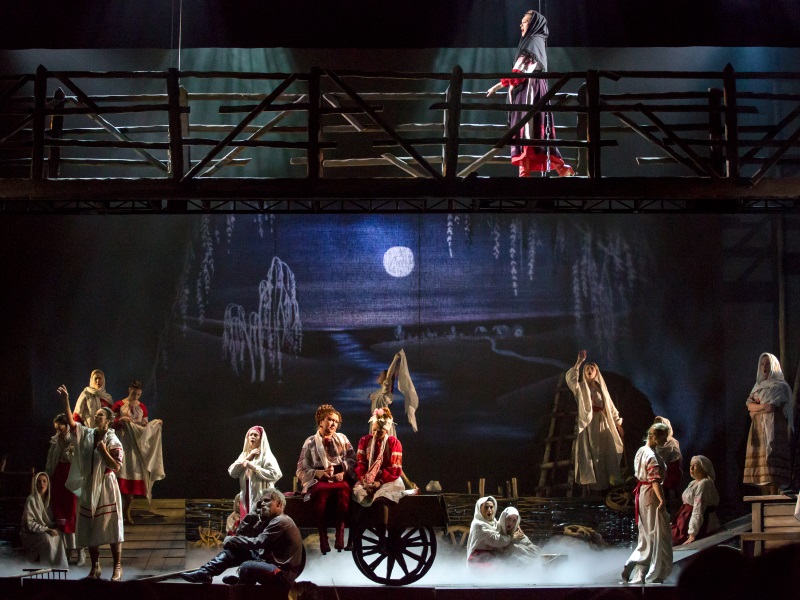 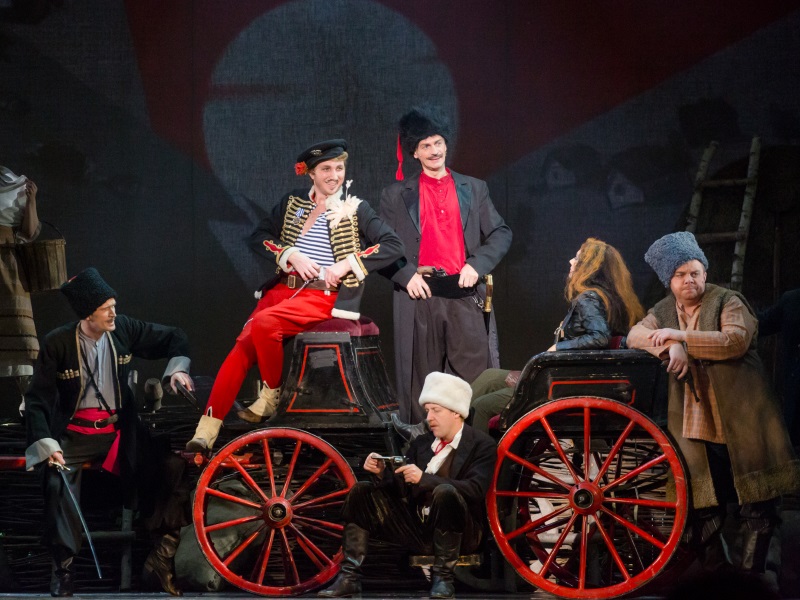 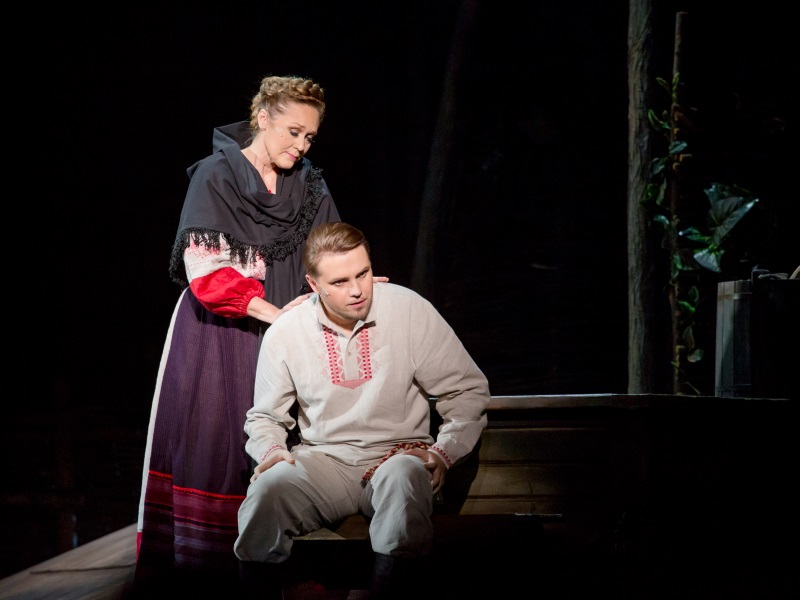 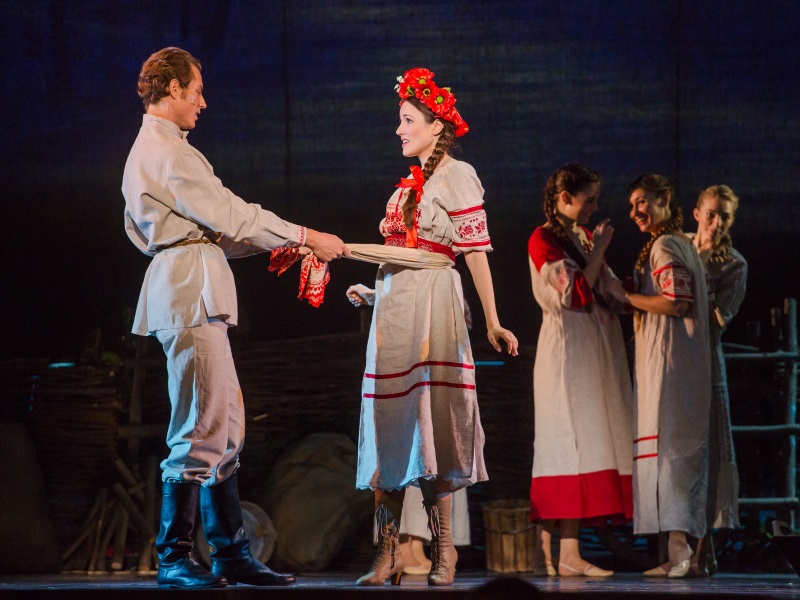 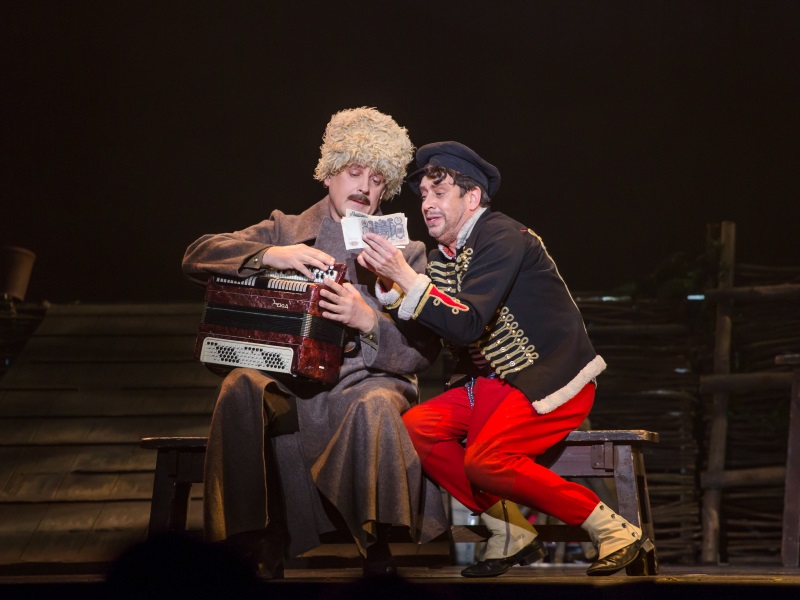 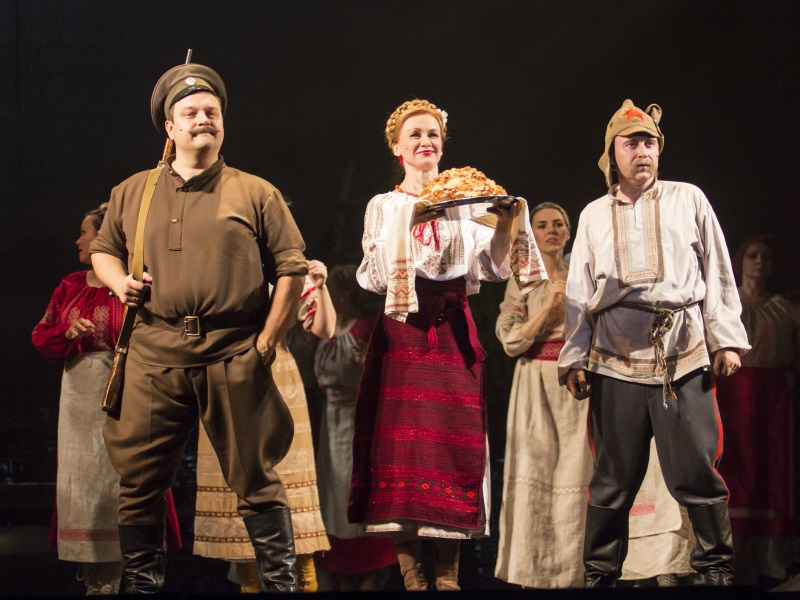 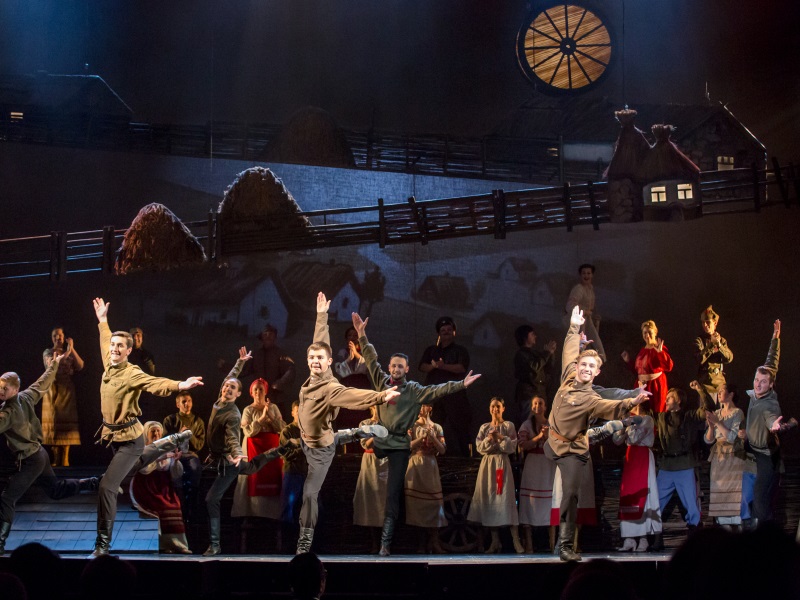 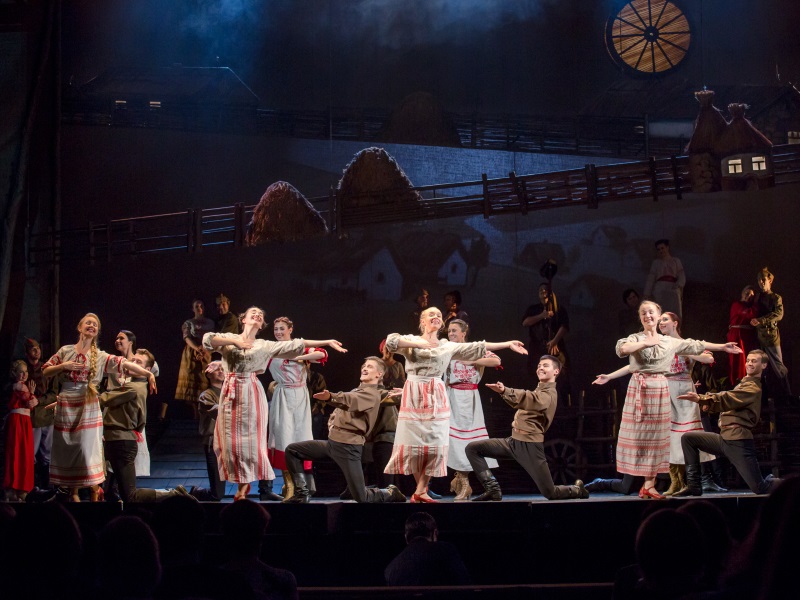 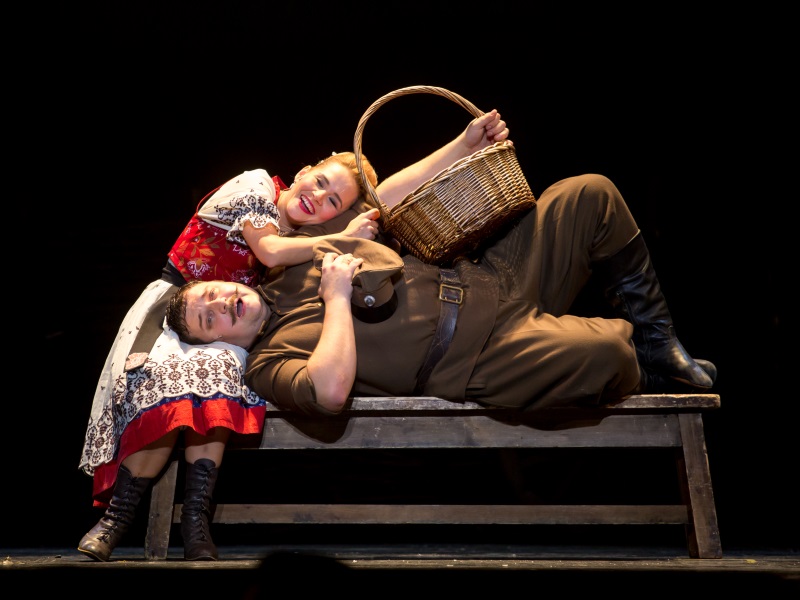 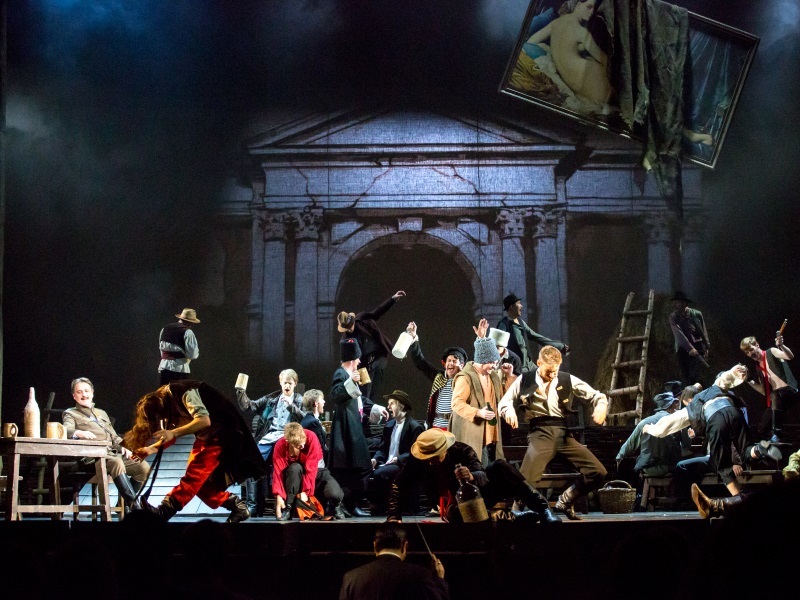 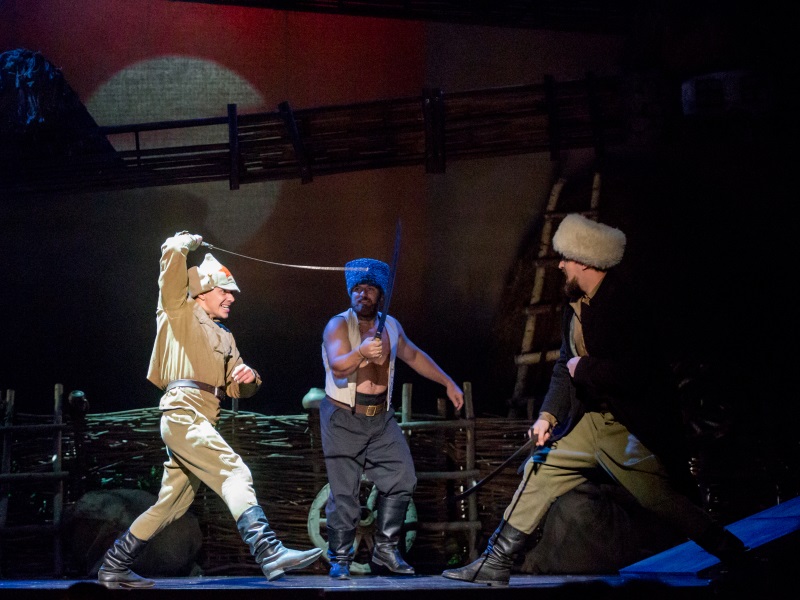 "Wedding in Malinovka" - one of the most famous and beloved Soviet operettas, which has long been sold out.

The popularity of "Weddings in Malinovka" increased a hundredfold after the release of the same-name film with the beloved millions of viewers by actors Zoya Fedorova, Mikhail Pugovkin, Mikhail Vodyan, Evgeny Lebedev, and others.

The action in the operetta unfolds during the Civil War in the Ukrainian village of Malinovka. Tired of the hardships of wartime villagers are preparing to celebrate the wedding of the shepherd Andreika with the beautiful Yarinka. But the unexpected raid on the village gang local ataman Gritsian Tavrichesky, who has long laid eyes on the girl, destroys the plans of lovers. The girl is in trouble, but suddenly the situation takes the most unexpected turn ...

In the Theater of Musical Comedy, the first production of The Wedding in Malinovka took place on October 26, 1938. During the Great Patriotic War, to raise the spirit of the Leningraders, this production was resumed in the besieged Leningrad in March 1942, and exactly one year later the artistic director of the theater Nikolay Yanet again returned to this operetta, creating a new version of the play, which was a great success on March 1. On the pages of the clavier, preserved since then in the archive of the theater, notes made by musicians in besieged Leningrad: "Today I bought 275 grams of bread for 100 rubles." It was on these notes that the collective worked to show the musical fantasy "Wedding in Malinovka" in the framework of the first Russian operetta festival in the open air "Operetta Park" in Gatchina in June 2017.Presented only once at the walls of the Gatchina Palace, the musical fantasy had an extraordinary success with the audience and gathered hundreds of rave reviews, proving that the classics, time-tested, will always be relevant. And the winged phrases, "That I'm in love with you so much?", "I would have less work to do less work" and "Again the power has changed!" Did not lose their sharpness in the 21st century.

The theater went to meet the audience and decided to include the play "Wedding in Malinovka", adapting it for its stage, into the repertoire of the new theatrical season.